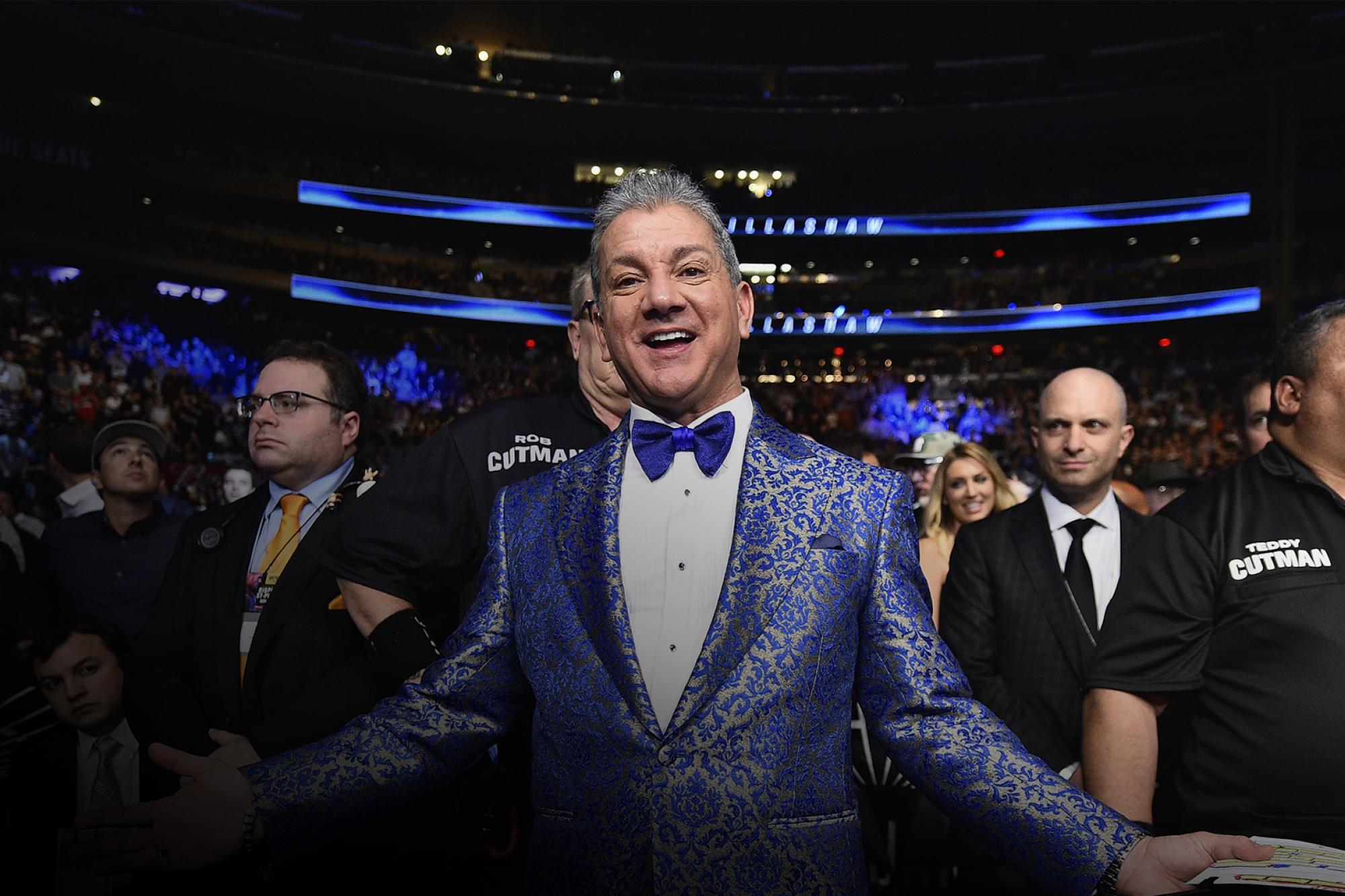 Take a look at ten of our favorite outfits worn by the Veteran Voice of the Octagon, Bruce Buffer.
By Gavin Porter, On Twitter @PorterUFCNews • Mar. 18, 2020 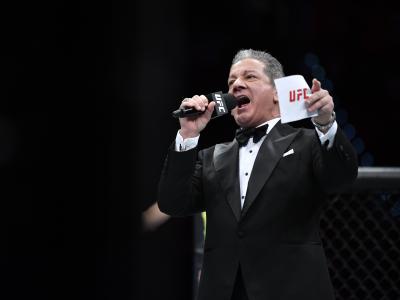 Since he began announcing UFC events in 1996, UFC fans around the world have heard and witnessed his legendary “It’s time!” catchphrase, the Bruce Buffer 180° and his fiery passion during fighter introductions.

But of the Buffer’s most iconic qualities, the one that just might stick out the most is his fashion sense.

Take a look back at some of Buffer’s greatest outfits. 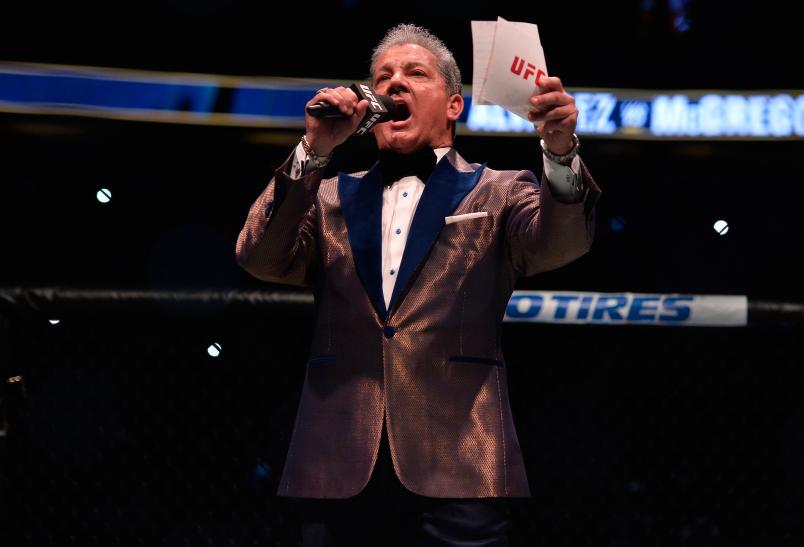 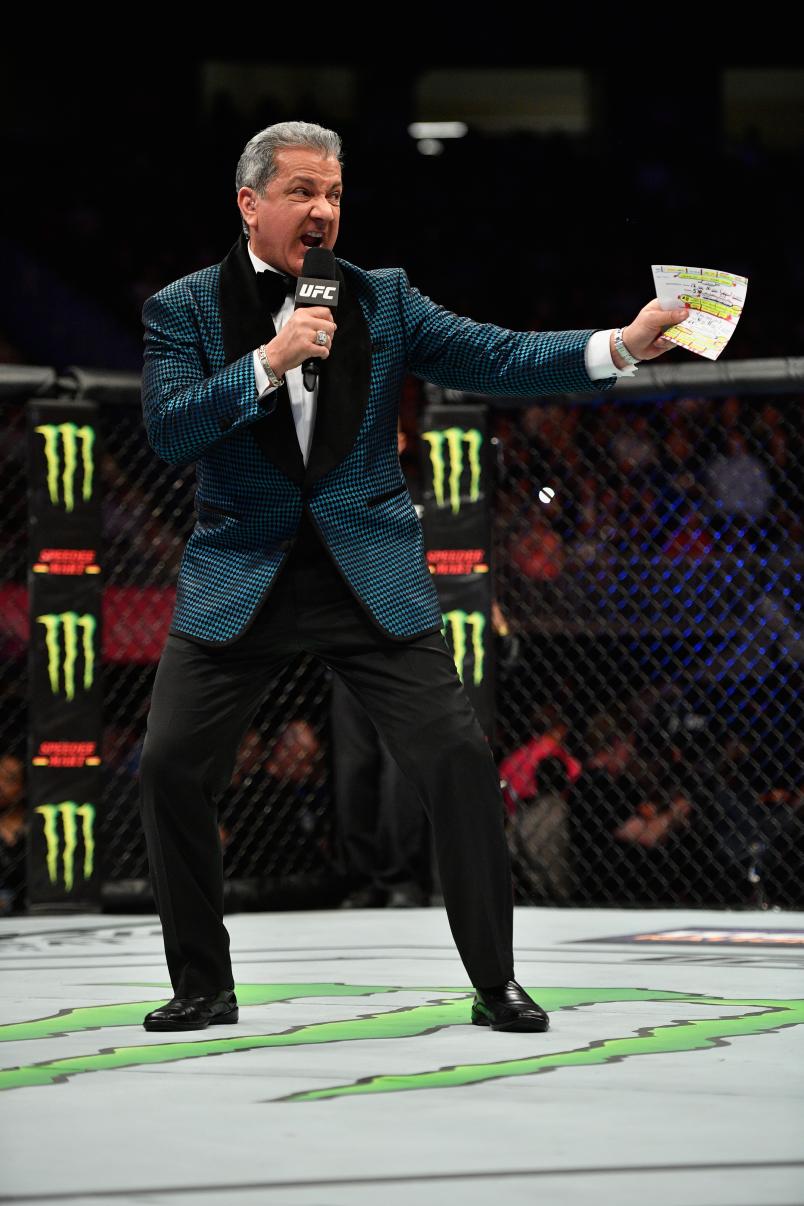 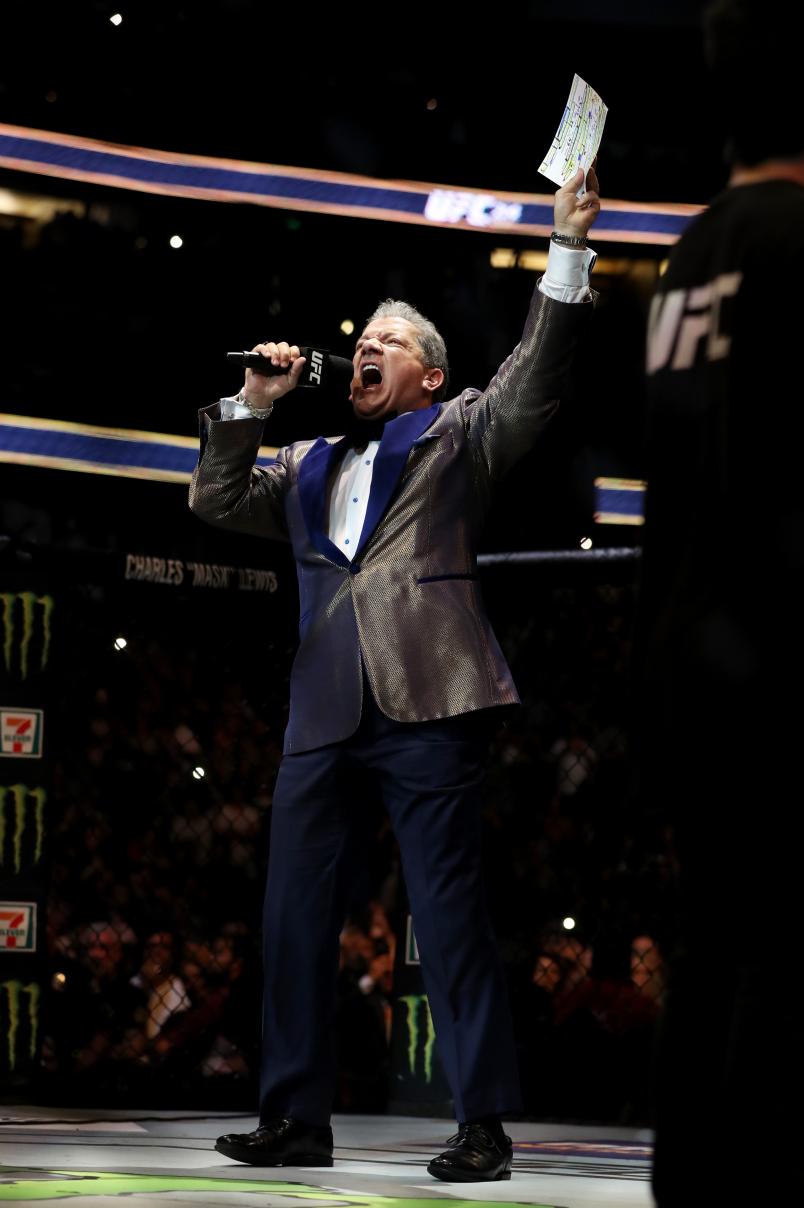 Bruce Buffer introduces the fighters prior to the UFC light heavyweight championship bout between Daniel Cormier and Jon Jones during the UFC 214 event at Honda Center on July 29, 2017 in Anaheim, California. (Photo by Christian Petersen/Zuffa LLC via Get 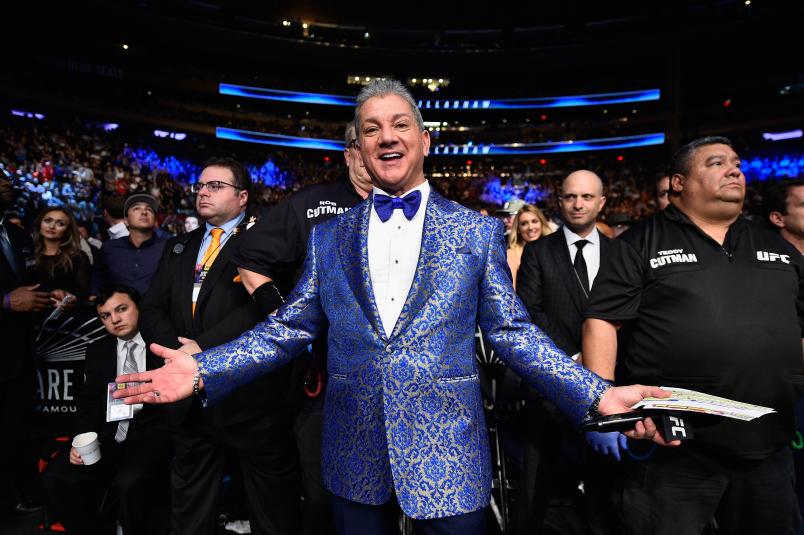 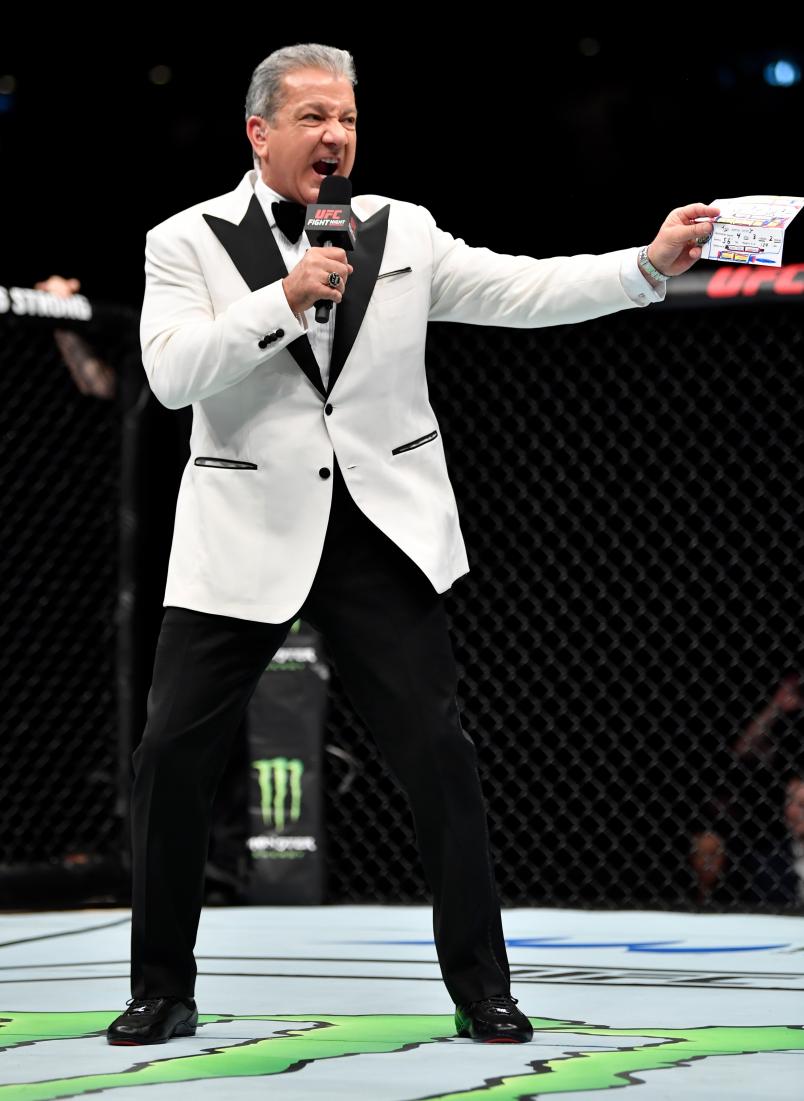 Octagon announcer Bruce Buffer introduces a fighter during the UFC Fight Night event at the Singapore Indoor Stadium on June 23, 2018 in Singapore. (Photo by Jeff Bottari/Zuffa LLC via Getty Images) 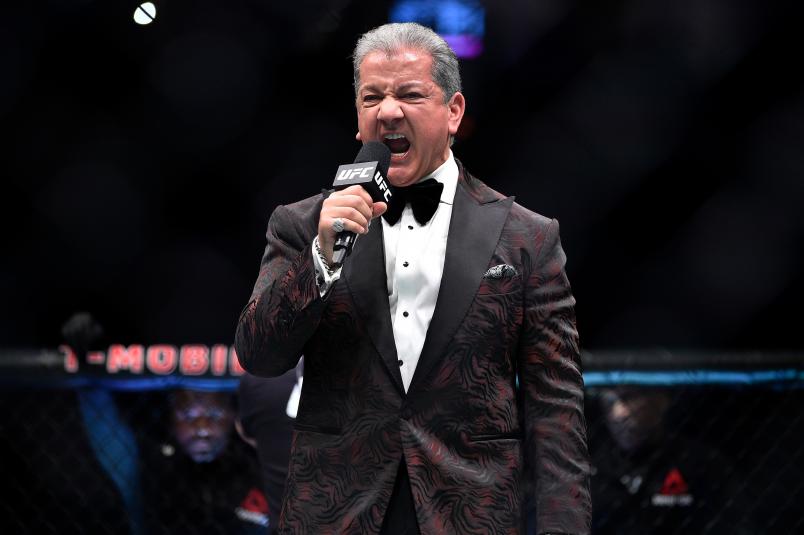 Bruce Buffer announces a fighter during the UFC 235 event at T-Mobile Arena on March 2, 2019 in Las Vegas, Nevada. (Photo by Chris Unger/Zuffa LLC via Getty Images) 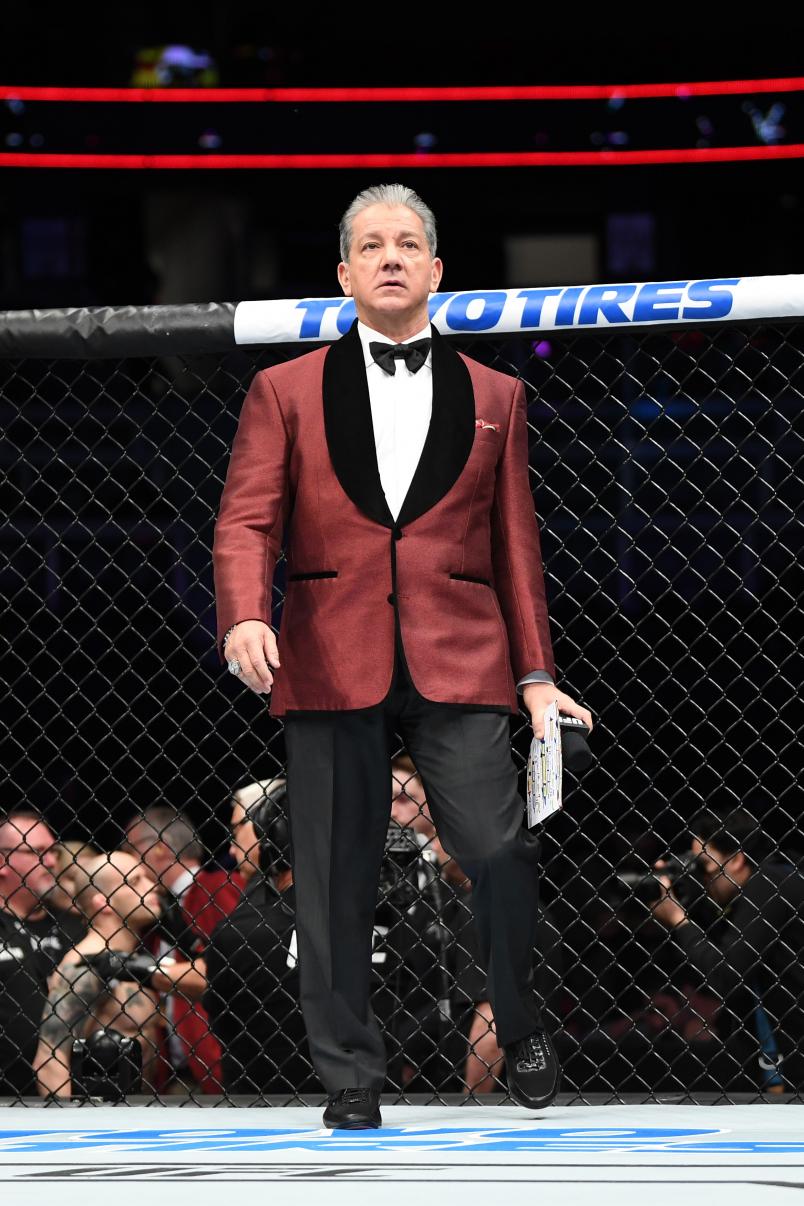 UFC Octagon announcer Bruce Buffer stands in the Octagon during the UFC Fight Night event at Canadian Tire Centre on May 4, 2019 in Ottawa, Ontario, Canada. (Photo by Jeff Bottari/Zuffa LLC via Getty Images) 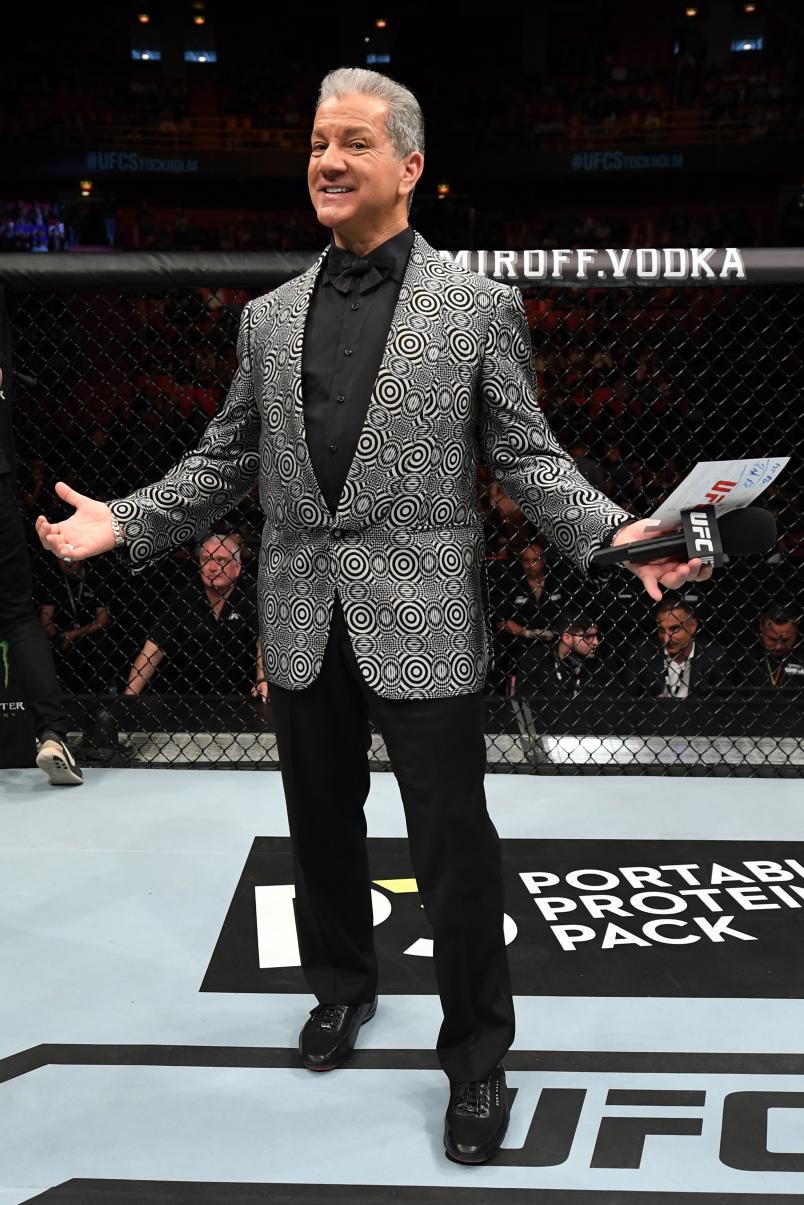 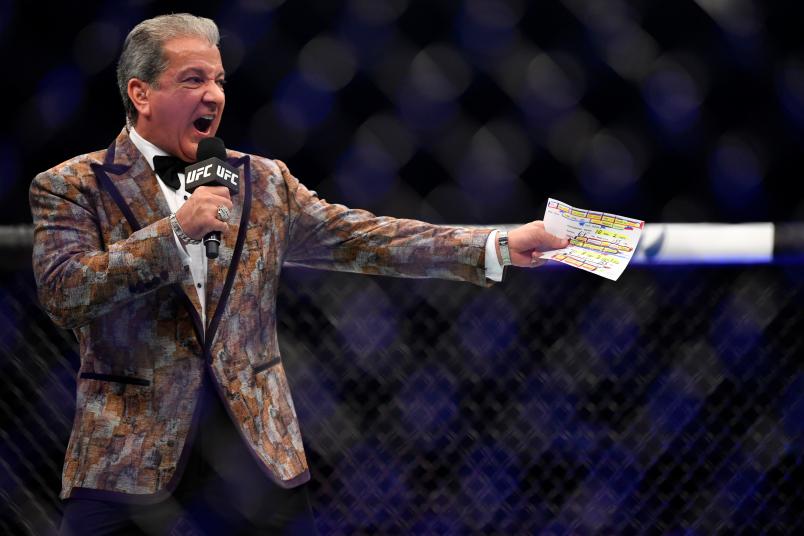 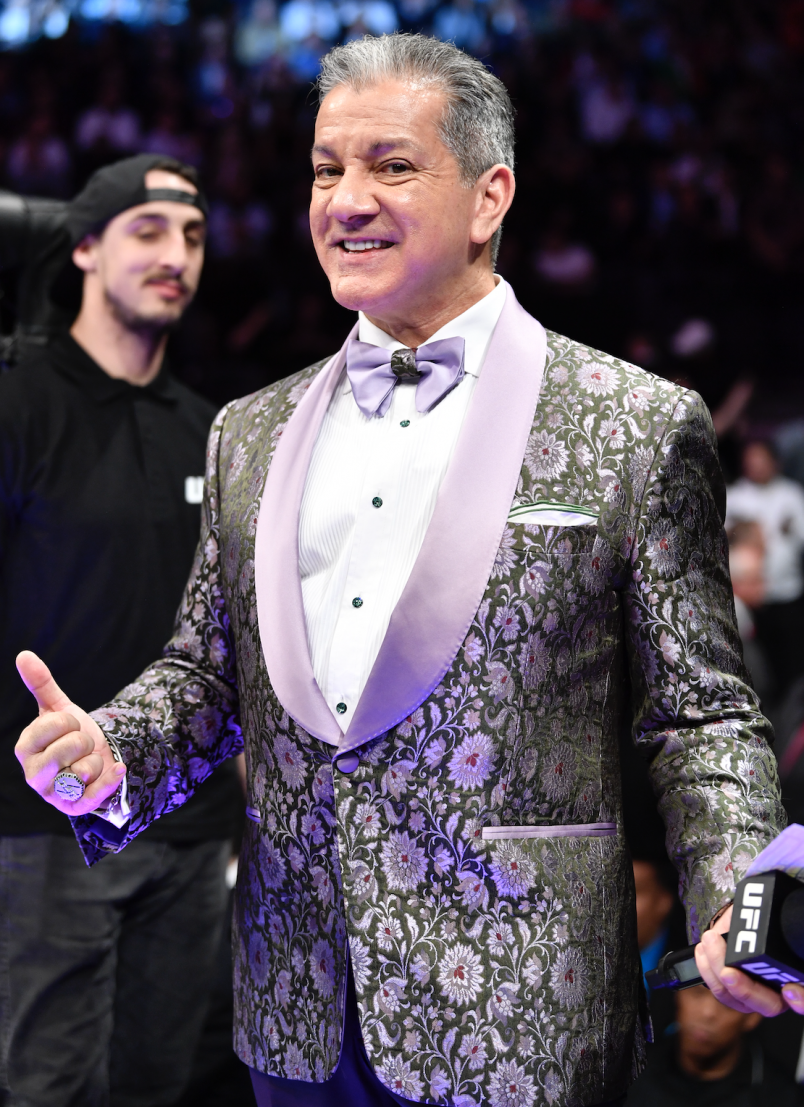 For more information and updates, sign up for the UFC Newsletter here.